The Artisan Experience is an adventure in creative expression where timeless elegance meets cutting-edge style. The Artisan brand embodies a strong sense of design and appreciation for detail. This is grounded in a distinct point of view on the type of experiences our clients and the public deserve. Their wishes and emotions are the guiding principle behind our consummate approach. Exceeding their expectations is our highest goal. 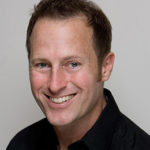 Furthering his trendsetting status, Riva has also written music, art, and entertainment articles and reviews for publications such as FAD, Urb, Revolt in Style, Venice, Guitar International, and California Riviera, and for his own self-published Metagrooves and Auricle (top 1000 website in the teNues Internet Cool Guide). In the process, he has interviewed and rubbed shoulders with many internationally recognized musicians and penned liner notes and essays for respected indie record labels and award-winning recording artists.